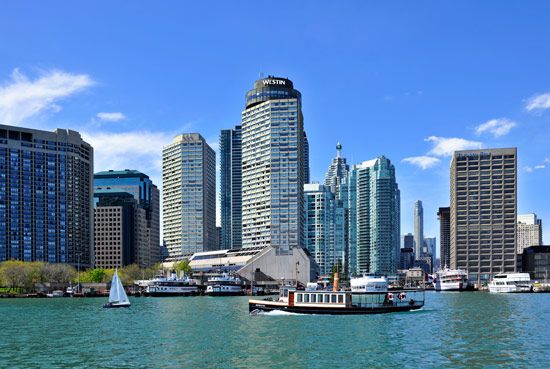 What is the best area for your hotel in Toronto?

The best area to stay in Toronto is downtown, in Downtown or Old Toronto , where you can find some of the main attractions of the city, as well as a good offer of hotels: The CN Tower -the highest structure in the world- and Rogers Centre Stadium, are in this neighborhood; also the ACC Arena, where hockey and basketball games are held.

Those who stay in this area have the largest offer of restaurants , cafes and bars. staying in downtown Toronto is also a good idea if you want to go shopping or discover the nightlife : Las Vegas type lounges, after-hours or sports bars; there are also the theatres The Princess of Wales and Royal Alexandra.If you are on a business trip, you should also stay in Downtown, because here is the Financial District, a place with the most skyscrapers in Canada, where many Canadian companies and banks have their headquarters.

Downtown has excellent connections, because it has Union Station, the main train station, which also has a subway station, two tram stations and four bus stations, so it is the center of transport s most visited in Canada, even above the Toronto International Airport.With so much on offer transport from here you can easily reach other areas.

Toronto, the cultural, financial and entertainment capital of Canada

Toronto is the cultural, financial and entertainment capital of Canada and many of its tourist attractions are located in the city centre, such as the CN Tower, one of Toronto’s landmarks and recognizable by all parts of the city – unless the dense fog prevents it.

From the CN Tower you can enjoy incredible views of the Canadian city, and even the bravest can walk on the glass floor of the observation deck 342 meters above the ground, or if you want a special dinner you can enjoy the 360 Restaurant, a place known not only for having the “skyline” of Toronto as a stage, but also for offering a list of the best wines in the world.Next to the skyline is Ripley’s Aquarium of Canada, the city’s newest attraction, which features more than 13,500 species of marine animals.

The main sports attractions are also located in the old Toronto stadium, Rogers Centre Stadium, formerly known as the Skydome, which is next to the CN Tower. This multipurpose stadium, which was the first to have a retractable roof, is home to the Toronto Blue Jays of Major League Baseball and the Toronto Argonauts of the Canadian Football League.In less than 15 minutes walking, you can also reach the Hockey Hall of Fame, a 15,000-square-foot interactive space with games and the largest hockey collection in the world.

At the intersection of Bay Street and Queen Street is the Nathan Phillips Plaza.’, ‘Right next door is the Royal Ontario Museum (ROM), the largest in Canada and fifth largest in North America, with nearly 6 million objects and over 40 galleries, including the Natural History, World Cultures and Institute of Contemporary Culture galleries.

The Ontario Art Gallery and Toronto City Hall are also in the heart of the city, while Casa Loma, the “Toronto Castle”, is easily accessible from this area via the yellow line of the Metro.

If you’re on a business trip or just want to escape the cold Canadian weather, the Downtown Financial District is the place to be.Restaurants, clothing stores, bars, cafes and even laundromats are so varied indoors that when you walk down the streets outside you should not be surprised to see very few people.

The Toronto Eaton Centre is located in this area, a shopping center with over 300 stores, making it the most visited tourist spot in the city, attracting nearly one million tourists a week.However, if the weather permits, it’s also worth taking a walk outside and getting a closer look at the headquarters of Canada’s main banks: the Royal Bank, CIBC, Bank of Montreal, Scotiabank and the Toronto Dominion Bank. Toronto has a total of 1,623 buildings with more than 12 floors, and many of these are in the financial district.Theater, cinema, music and dance can be found within a few steps of those who decide to stay in this neighborhood, among which the Power Plant stands out, a contemporary art gallery, mainly Canadian, built inside a power plant.

From Harbourfront you can take a ferry to the Toronto Islands for a picnic.Toronto is a very practical city and from the center you can use public transportation to access any other area. 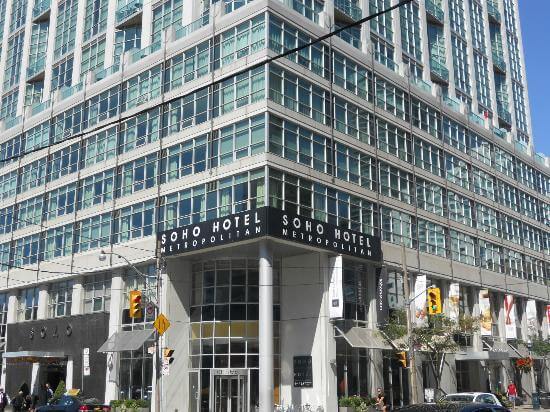 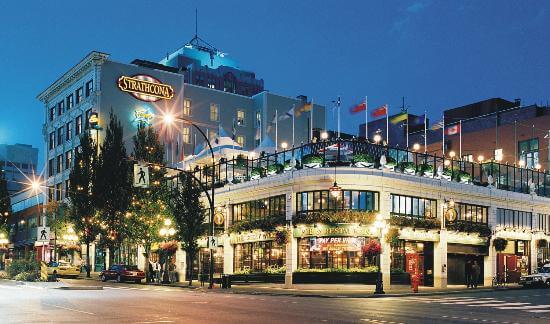